A comparison with labor courts in Germany and Great Britain.

Insight from 08.12.2021 by Jan Tibor Lelley and Julia Bruck and Yuanyuan Yin
Labor courts have a long history in Europe. Today, they play a highly important role in the independent and efficient arbitration of labor disputes.

The first labor court in China

China’s first specialized court for adjudicating labor disputes was established in Suzhou, Jiangsu Province on July 16, 2021, with the aim of better protecting workers’ rights and encouraging good relationships between employers and employees. The Suzhou Labor Court is organized as a department of the Suzhou Intermediate People’s Court in Jiangsu Province after the PRC Supreme People’s Court issued its approval in June. The rapid development of employment via Internet platforms and the sharing economy is currently creating new challenges for China’s modern economy with regard to (labor) law. 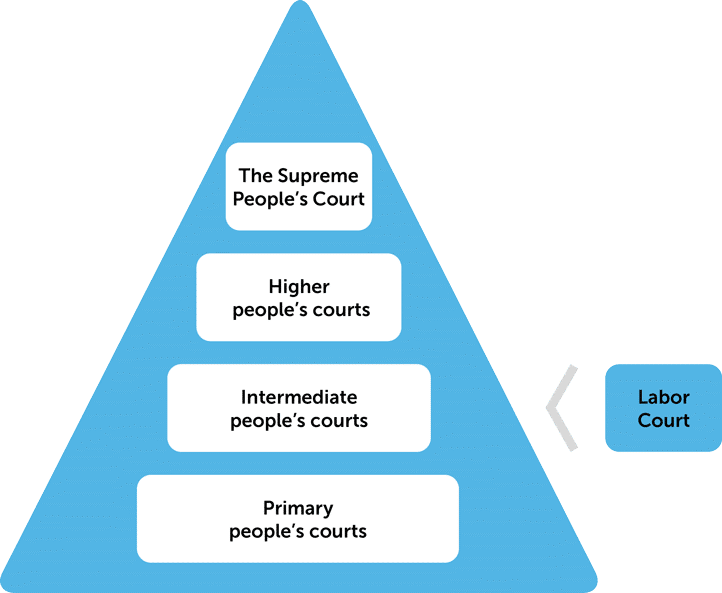 The vice president of the Supreme People’s Court, Gao Jinghong, sees the role of new Chinese labor court as follows: The court should serve as a professional and interdisciplinary team of judges capable of understanding not only the law, but also modern economic developments and current politics.

The Labor Court System in Germany 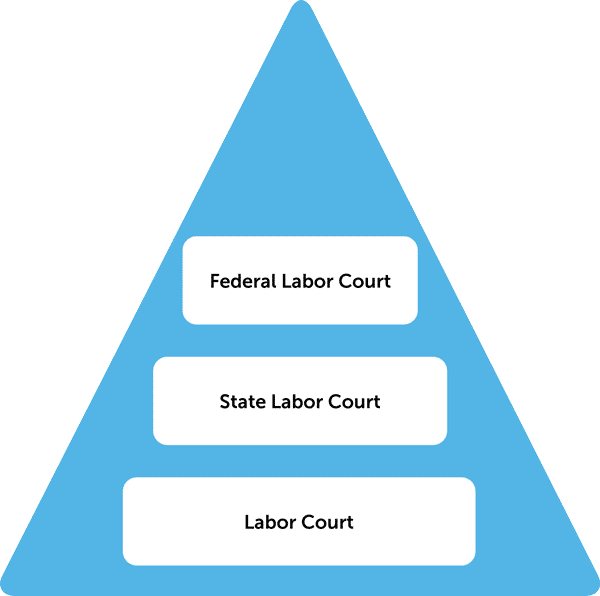 The Labor Court is a chamber court. This means that the court consists of one professional judge and one honorary judge each from the employee and employer sides. A conciliation hearing is generally held prior to the chamber hearing with the aim of reaching an amicable settlement between the parties. The BAG handles approximately 2,266 disputes per year (statistics for 2020). Dismissal protection cases represent the most frequent type of lawsuit and make up approximately 663 cases per year (statistics from 2020). In these dismissal protection cases, dismissed employees can have the court examine their dismissal.

The BAG issues its decisions through the respective senates. A senate consists of a group of five people: Three professional judges and one honorary judge each from the employer’s and the employee’s sides.

The Employment Tribunal in Great Britain

The Employment Tribunal system in Great Britain (England, Wales and Scotland) has a similar structure to the labor court system in Germany. It was established as an independent labor jurisdiction by the Industrial Training Act 1964. However, in comparison to German labor courts, there are only two instances: the Employment Tribunal and the Employment Appeal Tribunal. The Court of Appeal is the third instance, and the Supreme Court is the highest instance. To be noted is that the 2nd and 3rd instances no longer belong to the labor court jurisdiction itself. 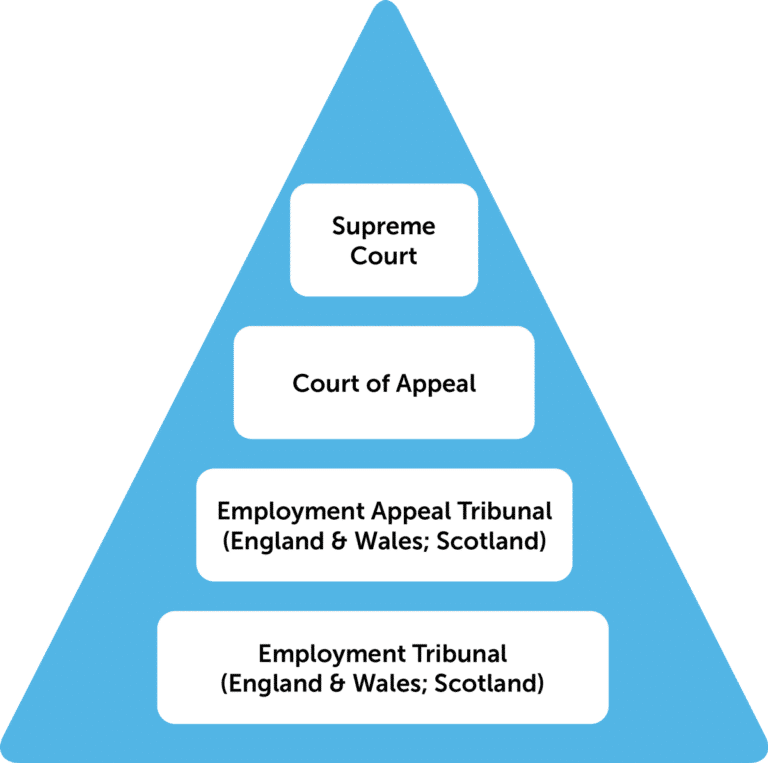 One unique aspect in Great Britain is that court proceedings, up to the level of the Employment Appeal Tribunal, ceased charging court fees in July 2017. This arose out of a ruling by the  Supreme Court in a case supported by the union stating, that charging for access to the tribunal is unlawful.

Do you have any questions about labor law in China and Germany? Do not hesitate to contact us!

Information about the authors: