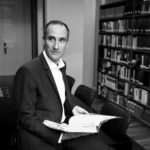 The shop assistant at a department store with an international clientele had made racist comments about a superior. She referred to her superior of Asian ancestry as a “Ming vase”. As further explanation, she then also imitated the shape of her superior’s eyes with her hands.

The Berlin Labor Court then overruled the decision of the works council. Referring to the superior as a “Ming vase” and the subsequent gestures are adequate to ostracize people of different ancestry, to insult and disparage them. Taking into consideration the circumstances of the case, the court justified its ruling, stating that these represent legitimate grounds for instant dismissal.

With her attempts to explain that she understood “Ming vase” as a compliment and referred to dark skinned people as “Mr Boateng”, because she thinks highly of him, the shop assistant did not improve her case. The examination of the overall situation indicates the use of a racist remark, which violates the obligation to consider the justified interests of the department store as an employer. The court clearly stated that the shop assistant had not given her superior a dubious complement, but rather had significantly disparaged her. For a department store with an international reputation, it would be unacceptable for a shop assistant to refer to the international clientele with derogatory expressions.

An objection to the decision by the Berlin Labor Court can still be submitted to the Berlin-Brandenburg State Labor Court.

Whether the dismissal is legally valid always depends on the circumstances of the specific case. Racist and discriminatory statements can be grounds for dismissal. This is clearly demonstrated by the decision from the Berlin Labor Court.