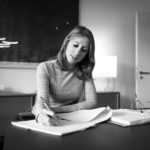 For a long time it was not clear where the abuse of rights starts in the case of repeat fixed-term employment contracts. However, the Federal Labor Court (Bundesarbeitsgericht, BAG) gave employers clear indications in its decision of October 26, 2016, as to when a further limitation of the employment contract is still permitted and when it is better for employers to avoid a further limitation (Ref.: 7 AZR 135/15).

In the final instance, the Federal Labour Court dismissed the action. According to the BAG, the determination of the threshold of abuse of rights depends to a large extent on the total duration of the fixed-term employment contracts and the number of contract extensions. It was also important whether the jobs were always the same or changing, the court stated.

Abuse of Rights in Three Stages

In order to determine the legal abuse of the time limit, the BAG followed the legal evaluations in Art. 14 Para. 2 Sentence 1 of the German Part-Time Work and Fixed-Term Employment Contracts Law (Teilzeit- und Befristungsgesetz, TzBfG). According to this, a limitation without objective reasons is possible for a maximum period of two years with a maximum of three extensions. If there is an objective reason, the BAG has defined three stages for examining the legal abuse of the time limit, comparable to a traffic light.

The traffic light turns red if the employer is suspected of abuse of rights. This is the case if

An abuse of rights is usually indicated if one of these conditions occurs. Exceptionally, a fixed-term contract may be permissible if the employer can present special circumstances that invalidate the suspicion of abuse.

The traffic light turns yellow if

If this is the case, a thorough abuse control is indicated. Nevertheless, the employee must prove the abuse of rights.

The traffic lights turn green if the above-mentioned limits on the duration of the contract and number of fixed-term contracts are not exceeded.

In the case of the substitute teacher, a comprehensive abuse control was therefore indicated for a duration of the employment relationship of just under six and a half years and 15 fixed-term contracts. Nevertheless, the BAG stated that he had not put forward any further sufficient aspects which would indicate an abuse. Consequently, the complaint was dismissed..

Other Criteria to Consider

The BAG has indeed provided guidelines with this decision. However, the limits are by no means set in stone. According to the BAG, further criteria can be taken into account for the assessment:

Employers can orientate themselves on the BAG’s ruling when it comes to fixed-term employment contracts. The decision also shows, however, that in addition to the duration and number of fixed-term contracts, other points must be taken into account in order to ensure that a fixed-term contract is not ineffective. In the end, much depends on the circumstances of the individual case.

Employment contracts cannot be limited indefinitely even if there is a material reason.