Dr Thomas Rinne is a Partner at BUSE’s Frankfurt office since 2016. As a specialist for international commercial law, distribution law and trade law, Dr Thomas Rinne has been advising companies on their transnational activities for over 20 years. He focuses mainly on mid-sized businesses. Apart from drafting sustainable contracts, Dr Thomas Rinne assists the establishment of subsidiaries and affiliates when entering foreign markets and tackling product liability issues.

Dr Thomas Rinne advises both German companies wishing to expand their business activities internationally and international firms wishing to expand to Germany. Thereby, his focus lies on Spain, Spanish speaking countries of Latin America and the United States of America. As Abogado (Spanish lawyer) admitted to the Bar Association in Barcelona, Dr Thomas Rinne is seasoned in dealing with local customs and procedures. Having studied, inter alia, in Lausanne and Madrid, Dr Thomas Rinne has shaped his career from the very beginning with an international focus. He is business fluent in English, Spanish and French. His remarkable professional network comes from being President of Eurojuris International, an association of international law firms in Brussels (www.eurojuris.net) from 2005 to 2009, and from of his personal international relationships with the public authorities and in business. 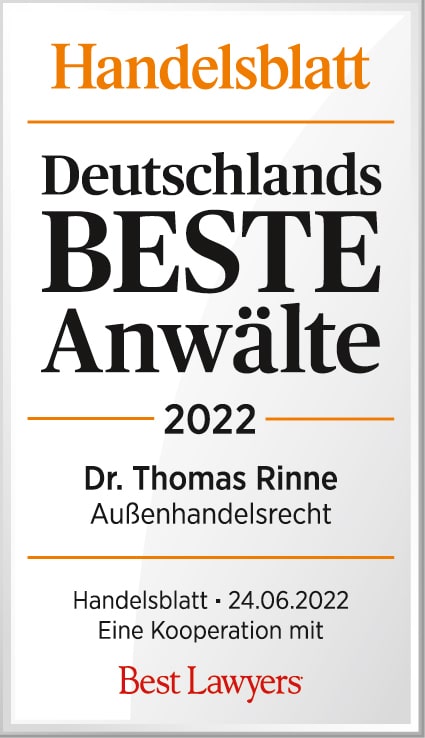