Time Tracking by Means of Fingerprint?

Only with Express Consent of the Employee. 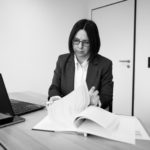 Dr. Kathrin Pietras
Rechtsanwältin, Fachanwältin für Arbeitsrecht
Blog: Labor Law - Article from 02.06.2020
Employers have to record their employees' working hours systematically. The European Court of Justice (ECJ) ruled on this in its ruling of 14 May 2019 (file number: C-55/18). This ruling has enormous implications for Germany's work environment. This is because up to now there has not yet been an obligation to systematically record working time for all sectors.

The obligation to record time has changed fundamentally as a result of the ECJ ruling. However, even if working time now has to be recorded, companies want to do this without the classic time card in the digital age. There are plenty of more modern options for electronic time recording. But not all methods are admissible, or at least the employee’s express consent is required. This is also shown by a decision of the Berlin Labor Court (Arbeitsgericht, ArbG) of October 16, 2019 (file number: 29 Ca 5451/19) – appealed to the Regional Labor Court Berlin-Brandenburg (Landesarbeitsgericht, LAG), file number: 10 Sa 2130/19).

In the specific case, the court decided that the recording of working time by a fingerprint system is not required within the meaning of the Federal Data Protection Act and consequently is not permissible without the express consent of the employee.

However, one employee refused to use this time recording system. The ArbG Berlin found in his favor. The court stated that from the point of view of data protection law, the minutiae data were biometric data in accordance with the General Data Protection Regulation (GDPR) and personal data that was particularly worthy of protection. The processing of biometric data and thus also of minutiae data records is fundamentally prohibited under the GDPR, the court further formulated.

However, it also left a back door open for time recording by means of fingerprint. In exceptional cases this could be permissible, for example, if the employee gives their express consent or if a collective agreement is in place. Here, neither of these was the case. In addition, the employer was only allowed to process biometric data if this was necessary for the establishment, performance or termination of the employment relationship within the meaning of the Federal Data Protection Act.

The Court went on to say that the collection and use of biometric data was only permissible under strict conditions: The biometric procedure had to be permitted for the purposes of the employment relationship, it must not unreasonably restrict the employees’ personal rights. The ArbG Berlin decided that these requirements were not met here.

According to this ruling, time recording by means of fingerprint is not generally excluded, but it should be carefully pondered and examined for data protection concerns. In addition, an effective consent of the employees must be at hand.

Blog: Labor Law
Works Council Issued Warning for Violation of Works Constitution Act Obligations. Higher Labor Court Baden-Wuerttemberg Confirms possibility of warnings under Works Constitution Act (Ref.: 8 TaBV 3/19).
02.02.2021
Tobias Grambow
Blog: Labor Law
Works Council has no Right of Co-Determination in Union Actions. Both employers and works councils are excluded from trade union actions. This is according to a recent decision of the Federal Labor Court (Case No.: 1 ABR 41/18).
29.12.2020
Jan Tibor Lelley
Blog: Labor Law
Survey Shows: Companies Are Unhappy With the GDPR. According to a Survey by ZEW, Companies in the German Information Industry Are Unhappy With the New General Data Protection Regulation (GDPR).
17.11.2020
Tobias Vößing
Blog: Labor Law
Scope of the Works Council Hearing in the Event of Extraordinary Termination Without Notice. No duty to inform the works council regarding the observance of the notice notice period or special protection from dismissal.
23.02.2021
Julia Bruck
Blog: Labor Law
Right of Co-Determination Regarding Mobile Work. The works council has a right of co-determination.
25.08.2020
Tobias Vößing
Blog: Labor Law
Representative Body for Severely Disabled Employees Only Responsible For Interests of Severely Disabled Employees.
20.10.2020
Julia Bruck

Time Tracking by Means of Fingerprint? Only with Express Consent of the Employee.