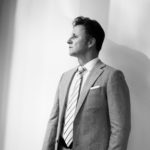 Dr. Mathias Maria Knorr, LL.M.
Rechtsanwalt
Blog: Labor Law - Article from 25.10.2022
Temporary employment is now permissible beyond the statutory maximum period of 18 months if provided for by a collective agreement for that industry. The German Federal Labor Court decided this with its ruling from September 14, 2022 (Ref.: 4 AZR 83/21). Furthermore as a result of the Ukraine war and the energy crisis, the German government once again allows to apply for short-time working benefits for temporary workers.

Legal certainty for the employee leasing industry, lessors and hirers

Can the maximum duration for employee leasing be extended by a collective agreement for the specific area of work? HR managers and courts have repeatedly addressed this question in recent years. On September 14, 2022, the Federal Labor Court ruled in favor of the personal leasing industry and hiring companies: This is permissible if a collective bargaining agreement in the industry in which the employee is employed stipulates a temporary employment period exceeding the maximum period of 18 months permitted by law. An agreement of this nature also applies to temporary workers and lessors who are not bound by collective agreements.

Maximum duration of 48 months based on a collective agreement?

In the case brought before the court, the plaintiff, a temporary employee, was employed by an automotive group for just under 24 months from May 2017 onward. According to the “Collective Agreement on Temporary Employment” from the Südwestmetall employers’ association with the IG Metall trade union, a temporary employment contract may not exceed a duration of 48 months. The plaintiff initiated legal proceedings with the aim of a court decision stating that an employment contract had arisen by law between him and the defendant automotive group because the statutory maximum temporary employment period of 18 months had been exceeded (Section 9 (1) No. 1b, Section 10 (1) sentence 1 of the Act on Temporary Agency Work (AÜG)). He argued that as he was not a union member, the collective bargaining agreement did not apply to him.

Do collective bargaining agreements for the respective industry apply to the temporary employment agency and temporary workers?

CJEU: Section 1 (1b) sentence 3 of the Act on Temporary Agency Work (AÜG) complies with European law

The European Court of Justice has explicitly stated that the Act on Temporary Agency Work (AÜG) complies with European law: Section 1 (1b) sentence 3 Act of the on Temporary Agency Work (AÜG) fulfills the requirements of European law arising from the Temporary Employment Directive. This must be interpreted in such a way that it does not preclude a provision authorizing the parties to the collective agreement to make a deviating regulation for a longer period of temporary employment for the respective industry.

In addition to ruling from the Federal Labor Court in favor of the temporary employment industry, the Federal Government will once again permit to apply for short-time working benefits for temporary workers as of October 1. This can be expected to provide further relief in the temporary employment industry. This will initially be limited until the end of this year. In view of the economic burdens and concerns resulting from the Ukraine war and the energy crisis, these efforts aim to avoid redundancies, unemployment and, in the worst case, bankruptcies.

The decision by the Federal Labor Court now at least confirms that temporary employment with a maximum duration of 48 months is permissible if the collective bargaining agreement in the respective industry allows. This simplifies the situation for many industries which have concluded collective agreements to extend the statutory maximum period of temporary employment. However, the scope of discretionary freedom remains unclear. How far may the statutory maximum period be extended? A decision by the Berlin-Brandenburg Regional Labor Court is expected in the near future regarding whether a leasing for a permanent position can still be considered temporary if it began before April 17, 2017 and lasted a total of 55 months. This represents a continuation of the above-mentioned proceedings before the ECJ. Both companies in the temporary employment sector and companies that use temporary workers should closely monitor the further developments.