Federal Labor Court: Lockdown is not regarded as an employer’s operational risk.

Federal Labor Court denies wage entitlement in the event of company closure to fight the pandemic. 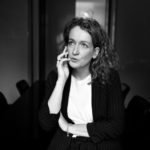 Tanja Radoux
Rechtsanwältin, Fachanwältin für Arbeitsrecht
Blog: Labor Law - Article from 18.11.2021
Does an employer have to remunerate its employees if its business has to close as a consequence of a government-imposed lockdown? In contrast to previous instances, the Federal Labor Court denied this in its decision dated October 13, 2021 – a ruling with far-reaching consequences for retailers, hotels and restaurants (5 AZR 211/21).

In the case in question, a mini-jobber who worked as a salesperson in a store for sewing machines and accessories took the case to court to demand payment of her monthly wage of 432 euros. The retail store remained closed in April 2020 due to the Corona General Order issued by the Free Hanseatic City of Bremen on March 23, 2020. As a consequence, the plaintiff was unable to work, and also did not receive any wages. From the employee’s perspective, this represented a default of acceptance pursuant to Section 615 German Civil Code (BGB) on the part of their employer. The forced closure of the business as a consequence of the lockdown constituted an operational risk that the employer had to bear.

The Düsseldorf State Labor Court used the same justification in its decision in spring this year when it granted a retiree a claim to wages against her former employer. The arcade operator was affected by the lockdown, and had received state compensation payments, yet had refused to pay the plaintiff, justifying its actions with force majeure. The previous instance of the Lower Saxony State Labor Court came to a similar conclusion in this specific case.

The judges in Erfurt reached a different decision to that of the Lower Saxony State Labor Court: An entitlement to payment of remuneration does not exist on the grounds of default of acceptance. The lockdown to protect against Sars-CoV-2 infection did not create “a company risk inherent to a particular company”. Rather, the fact that it was impossible to perform work arose out of a sovereign intervention to combat a dangerous situation that affected society as a whole.

According to the Federal Labor Court, the state bears the responsibility for ensuring compensation for the financial disadvantages suffered by employees as a result of the sovereign intervention. This was partly due to easier access to short-time allowances. If this is not guaranteed, as in the case of the plaintiff with a mini-job, this is a consequence of loopholes in the social security regulatory system. However, the judges in Erfurt ruled that labor law does not give rise to obligation to pay on the part of the employer.

Compensation claims from individual employees due to a company closure imposed by the authorities can also be made citing the Infection Protection Act. For example, this would require an agency to place the employee in quarantine due to an illness or a suspected illness.

The ruling has far-reaching consequences, in particular as regards industries such as retail, hotels and restaurants, which were severely impacted by the forced closures. These industries employ numerous mini-jobbers who are not entitled to short-time working benefits. Provided that expiry periods do not apply, mini-jobbers may even face repayment claims in this context. In some circumstances, employers may also be able to reclaim wages that they have continued to pay to other groups of employees during the lockdown. Termination represents one example if the employee had received compensation until the end of the notice period. The lawmaker now has the task of minimizing the wage risk for employees.

Federal Labor Court: Lockdown is not regarded as an employer’s operational risk.