Customer data will only be protected by the new German Trade Secrets Protection Act if the employer also protects them. 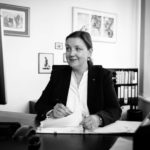 Sabine Feindura
Rechtsanwältin, Fachanwältin für Arbeitsrecht
Blog: Labor Law - Article from 03.11.2020
The Higher Labor Court Düsseldorf decided in a judgment dated June 3, 2020, that customer data may constitute a trade secret. However, only a company that has itself implemented sufficient confidentiality measures is protected by the Act (Ref.: 12 SaGa 4/20).

What kind of information is covered by the new German Trade Secrets Protection Act? Do customer lists and notes regarding contact persons constitute trade secrets? The Higher Labor Court Düsseldorf has had to deal with these questions.

The court clarified that customer lists including information about the customers, e.g. on sales volumes, information collected during visits as well as private notes on such matters are protected as trade secrets. Although this only applies if the company itself has implemented appropriate confidentiality measures.

By his employment contract a sales representative was obligated to keep absolute confidentiality towards any unauthorized third party regarding “all matters requiring confidentiality”. Furthermore, he undertook to return all work-related documents (e.g. records, interview documents) to his employer upon request, at the latest on leaving the company. During his employment he received a list of customers from his employer and kept records of customer visits in his calendar. When he left the company, he did not return any of it.
After the sales representative had started to work for a competitor, his former employer accused him of using the customer list and his calendar records for his new employer.

The Higher Labor Court Düsseldorf initially determined that not only the client list itself, but also the employee’s calendar records of client visits can be trade secrets within the scope of the new Act, unless they are publicly known or easily accessible. Names of individual customer contact persons as well as their contact details facilitate contact and are indeed valuable to a competitor. The employer has a legitimate interest in keeping this information secret.

According to the new German Trade Secrets Protection Act, however, such data will only be protected as a trade secret if the company itself has implemented appropriate confidentiality measures. The court considered the confidentiality clause agreed in the employment contract to be ineffective, as according to this clause, “any” information arising from the employment relationship must be kept secret, and not just genuine trade secrets. In addition, after the sales representative’s departure, the employer had never required the departing employee to return the customer list. The employer was not aware of the existence of the calendar notes. Those who themselves do not make sufficient efforts to protect their trade secrets, do not enjoy protection under the German Trade Secrets Protection Act.

Nonetheless, the court determined that the confidentiality measures do not need to be optimal, merely appropriate. The appropriateness must be evaluated on the basis of the concrete circumstances in the individual case.

In the present case, the employee was merely ordered to refrain from using his calendar notes. The judgment is legally binding.

To protect trade secrets, the company must take appropriate security measures if it wants to defend itself against unauthorized use. Employment contract provisions for the protection of trade secrets must explicitly define trade secrets. It is not enough to simply describe them in general terms or to classify all information arising from the employment relationship as confidential.

Customer data and information on customers may be protected as trade secrets. Appropriate protective measures of the company are a prerequisite.