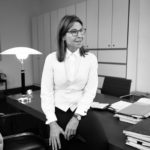 The employee insists that he worked overtime; the employer has an entirely different opinion. The dispute regarding the number of hours worked is as old as the employment relationship itself. This makes the issue of a transparent system for recording working hours all the more important, as also found by the European Court of Justice (CJEU). In its ruling dated May 14, 2019, it laid down that employers are required to implement an objective, dependable and accessible system for recording working hours (Ref.: C-55/18).

The ruling has practical consequences for the working environment. After all, not all industries in Germany had been obliged to record working hours systematically until now. The Labor Court Emden judgment shows that the CJEU ruling is more than an appeal – it results in obligations for all employers. The court stated that the obligation to establish an objective system for recording working hours affects the employer even in the absence of a legislative requirement.

A construction worker had sued for the outstanding payment of his alleged overtime in a legal dispute before Labor Court Emden. The plaintiff maintained that he had worked 195.05 hours. Only 183 hours had been paid by the employer.

The plaintiff had written down his completed working hours by hand and submitted his “time sheets”. The employer countered this with a construction log. In this log, the work start and end times had been recorded jointly with the plaintiff. Travel times had not been taken into account. The construction log showed that the number of hours to be remunerated was 183.

The Labor Court Emden ruled in favor of the plaintiff. He was entitled to compensation for the outstanding unpaid hours.

The plaintiff had fulfilled his burden of proof. Based on his records, he had sufficiently explained how many hours and on which days he had worked or had been on-call for work on the employer’s instructions. The employer could not sufficiently disprove this. The employer had violated its obligation under art. 31 para. 2 of the EU Charter of Fundamental Rights to establish an “objective”, “reliable” and “accessible” system for recording daily working hours, according to Labor Court Emden. After all, the employer had not set up a reliable system for the plaintiff to record his working time, and had therefore not been able to submit objective and reliable data on the hours worked.

The court further explained that the entries in the construction log were unsuitable to record working hours. Right from the outset, this was not a system for the actual recording of hours worked. It was more suitable for the calculation of remuneration according to art. 34 of the German Regulation on Fees for Architect and Engineer Services. Possible required travel and set-up times, which were working hours under the employment contract, were not recorded in the log, stated the Labor Court Emden.

The Labor Court Emden decision shows that employers should put emphasis on an efficient system for recording working hours in order to strengthen their legal position.