Impossibility of Ongoing Employment Has to be Justified on a Case-by-Case Basis. 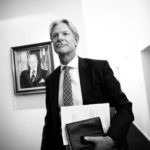 Dr. Mathias Kühnreich
Rechtsanwalt, Fachanwalt für Arbeitsrecht
Blog: Labor Law - Article from 20.04.2021
The Corona pandemic is causing severe problems for many industries. If an employer is unable to continue employing an employee due to the effects of the pandemic, he or she must be able to demonstrate this in a specific individual case. The Higher Labor Court of Hesse has decided on this.

Many economic branches have been hit especially hard by the Corona crisis. This includes the airline industry. Nevertheless, the pandemic is not a free ride to no longer employ staff on the grounds of impossibility. This requires a concrete presentation referring to the individual case. General statements about the negative economic impact of the Corona crisis are not sufficient as justification. This was made clear by the Higher Labor Court of Hesse in its decision of January 14, 2021 (Ref.: 10 Ta 357/20).

In the case at hand, an employee working as a traffic agent for an airline was served notice of termination. In the first instance, she was successful in the proceedings to protect her against dismissal. The Frankfurt/Main Labor Court ruled on February 25, 2020 that the woman must remain employed under unchanged working conditions until the legal conclusion of the dismissal protection dispute. Initially, the employer lodged an appeal against the ruling, but later withdrew it.

Employee Has to Stay Employed

Meanwhile, the parties tried to reach an amicable settlement. In an e-mail dated April 22, 2020, the airline stated that it would continue to employ the woman due to the labor court proceedings that were still pending. It would also pay the salary. The woman was to be ready to start work.

But this did not happen, which is why the woman filed an application for the imposition of a penalty payment on May 7, 2020. She was not employed further in accordance with the Frankfurt/Main Labor Court’s ruling. In the meantime, there was an agreement on short-time work at the company. The woman was then continued to be employed within the framework of this agreement.

In the end, the labor court ruled that the foreclosure proceedings had been settled and that the employer should bear the costs. The employer fought back against this. She had been ready to further employ the employee. As there were hardly any flights because of the Corona crisis, short-time work had been introduced at her company in the meantime. An actual employment of labor at the airport had not been possible either due to the Corona virus, according to the air traffic company.

The appeal was unsuccessful. The Labor Court had correctly assumed that the application for the imposition of means of coercion pursuant to Article 888 of the German Code of Civil Procedure (Zivilprozessordnung, ZPO) had been taken care of. Therefore, the Labor Court was right to impose the costs of the foreclosure proceedings on the employer, stated the Higher Labor Court.

In this context, the employee’s original application for a penalty payment was justified and admissible. It was then taken care of by the actual employment.

The application for foreclosure is also justified because it was not impossible for the employer to further employ the employee. Although the employer can raise the objection of the impossibility of further employment, he also bears the burden of producing evidence as well as the burden of proof. The Higher Labor Court of Hesse ruled that a general assertion that it is not possible to provide the service is insufficient for this purpose.

Evidence in the Concrete Individual Case

Although it is common knowledge that air traffic was severely affected by the Corona pandemic in the timeframe March/April 2020, it was not clear whether employment was still possible in the particular case or not. But the employer did not provide any precise information in this regard, stated the Higher Labor Court. It dismissed the complaint.

Impossibility of Ongoing Employment Has to be Justified on a Case-by-Case Basis.