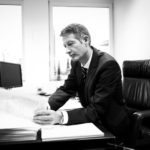 Dr. Felix Hebert
Rechtsanwalt, Fachanwalt für Arbeitsrecht
Blog: Labor Law - Article from 19.01.2021
The Regional Court Braunschweig initiates the main proceedings against four former and current Volkswagen (VW) board members or managers. They are being held responsible for suspected dishonesty in connection with the remuneration of works council members.

According to the Works Constitution Act, a works council member must not be placed in a better or worse financial position than colleagues who perform comparable duties. He or she shall not experience any financial losses through his or her activities but shall also maintain his or her independence.

In the proceedings before the Regional Court of Braunschweig, two former VW board members as well as one former and one current personnel manager were evidently “too generous” towards works council members. They are now being held responsible in court.

The Regional Court Braunschweig allowed the prosecution and initiated the main proceedings against the four defendants based on the suspicion of joint dishonesty or dishonesty in a particularly serious case to the detriment of the Group by decision of July 28, 2020.

The prosecution accuses the defendants of having paid excessive salaries to five VW works council members in total between May 2011 and May 2016. As a result, the Group is said to have incurred losses of around five million Euros. The defendants are alleged to have participated to varying degrees in fixing the salaries and bonuses.

VW emphasized that no criminally significant misconduct was to be found in the remuneration fixing of individual works council members. Additionally, the Group referred to the fact that the charges are not directed against Volkswagen, but against individuals within the company.

The prosecution did not share this opinion. , An incorrect comparison group within the company had deliberately been used as a basis for fixing the remuneration of the works council members. There had been a violation of the Works Constitution Act.

Now the decision lies with the Regional Court Braunschweig – hearing dates have not yet been set.

With regard to the salaries of the works council members, it is important that the correct comparison group is used as a basis. However, it is often difficult for works council members to determine salaries above the standard pay scale, and the basic provisions of the Works Constitution Act quickly reach their limits.