Crowdworking – Part 1: Food delivery service must provide couriers with a bike and smartphone. 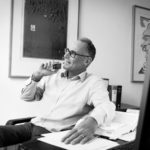 Thomas Geißler
Rechtsanwalt
Blog: Labor Law - Article from 15.02.2022
The Federal Labor Court has ruled that a bicycle and cell phone are essential equipment for a delivery service courier, and that companies are obliged to provide these. Not only the gig economy needs to examine clauses governing the professional use of personal items in employment contracts (German Federal Labor Court decisions dated November 11, 2021 – 5 AZR 334/21 and 335/21).

Instead of standing in the kitchen and cooking, and then having to clean up afterwards, people order their family’s favorite foods delivered directly to their door. Especially during the Corona lockdowns with mandatory working from home, many people have come to truly appreciate food delivery services. According to the Statista information service, the number of available delivery service portals continues to rise. These platforms generally rely on a smartphone app to hire riders to deliver the food and drinks to the customers by bike.

Complainant: Equipment clause in the general terms and conditions is invalid

At the end of last year, the German Federal Labor Court (BAG) upheld the complaint brought before the court by a bicycle courier: He had demanded that his employer provide him with a roadworthy bicycle and a suitable smartphone. The rider delivers food and drinks that customers order over the Internet from various restaurants. He receives the recipients’ orders and addresses via the employer’s app. The courier uses his own bicycle and smartphone to make the deliveries and is, in fact, required to do so by a clause in his employment contract. The Erfurt judges ruled that this contract represents the employer’s standard terms of business. In return, the food delivery service grants him a repair allowance of 0.25 euros per hour worked. This allowance can only be redeemed at a repair shop specified by the employer.

Not a new purchase

In contrast, the employer regarded the respective clause in the employment contract as effective. They argued that the riders already owned bicycles and smartphones and, therefore, their use did not impose an undue burden on the riders. Any disadvantages were compensated for as the riders were legally entitled to compensation for expenses, and were granted the repair budget for their bikes.

The employer bears the risk for wear, loss of value, and loss or damage

The highest labor court judges in Erfurt took a different view to that of the delivery service, as had the Hessian state labor court in a previous decision: The use of the courier’s own bicycle and smartphone as agreed in the General Terms and Conditions represented an unreasonable disadvantage to the couriers and is, therefore, invalid. The provision frees the employer from the need to bear the acquisition and operating costs and transfers the risk of wear, loss of value, and loss or damage to the employees. The German Federal Labor Court agreed with the complainant that this contradicted the fundamental concept of the employment relationship whereby employers are obliged to provide the essential work equipment required to perform the agreed activity. Moreover, they are also obliged to ensure that this equipment is in working condition.

A repair allowance is insufficient

The judges in Erfurt also did not acknowledge the allowance as sufficient compensation for this disadvantage: Providing this option pursuant to § 670 German Civil Code (BGB) is not adequate. A separate contractual provision was lacking. A clause that simply reiterates the applicable law was ruled as insufficient. Furthermore, the German Federal Labor Court also refused to accept the repair budget as compensation due to the fact that this was not based on the actual mileage, but rather only on the indirectly related working time. In addition, the complainant was unable to freely utilize the budget. Nor was any financial compensation provided for the employee’s use of his own personal smartphone.

Whether new or old economy: Employers should use this Federal Labor Court ruling as an opportunity to review their own compensation regulations in the event that their employees use personal items for business purposes. This is especially applicable with a view toward working from home and the corresponding requirements of the Workplace Ordinance regarding monitors and office chairs, for example. The same applies when personal vehicles are used for business purposes. Essentially, case law permits lump-sum compensation agreements, provided that employees do not merely receive a small fixed amount as compensation – in contrast to the current case.

Another victory for crowdworkers

The highest labor court judges had already ruled in favor of platform employees at the end of 2020: If an Internet platform places small orders with allegedly independent contractors, these crowdworkers must be qualified as employees. This entitles them to paid leave, continued payment of wages in the event of illness, protection against dismissal, and the right to establish a works council.

Food delivery services are increasing and the number of crowdworkers is growing accordingly. Nevertheless, many issues regarding working conditions for platforms remain unresolved. The current ruling by the German Federal Labor Court indicates that even in the gig economy, employers cannot simply transfer their assigned risks to employees without providing adequate compensation. The agreement set out by the new coalition government indicates that it intends to “constructively support” the European regulatory projects. In view of this, we will examine the EU Commission’s plans regarding the gig economy next week in part 2 of the crowdworking blog series.

Crowdworking – Part 1: Food delivery service must provide couriers with a bike and smartphone.