Co-determination in the SE: Case law of the ECJ and planned legislation amendments.

Those planning to establish an SE should act quickly. 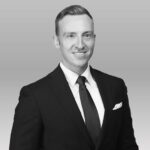 André Giesen, EMBA
Rechtsanwalt
Blog: Labor Law - Article from 06.12.2022
In its decision dated October 18, 2022 (Ref: C-677/20), the European Court of Justice (ECJ) ruled that changing the legal form of a company under German law into a European Company (SE) must not reduce the election opportunities of trade unions. Furthermore, the German government aims to strengthen German co-determination, which could also have an impact on the SE legal form in Germany. We shed light on the practical consequences.

Initially, the arguments in favor of the SE legal form will not change as a consequence of the current ruling from Luxembourg: In case of German stock corporations (AG) or limited liability companies (GmbH) with usually 501 or more employees, these are entitled to one third of the seats on the supervisory board pursuant to the German One-Third Participation Act (DrittelbG). As of usually 2,001 employees, parity co-determination applies and, pursuant to the German Co-Determination Act (MitbestG), the board must be composed of an equal number of shareholder and employee representatives. Rapidly-growing SMEs and family-owned businesses are often leery of co-determination because they fear the impact on their corporate governance structure often carefully-balanced over many years. Establishing an SE can offer a way out: Due to the so-called “freezing effect”, the co-determination status at the SE can be set permanently. This applies regardless of the company’s growth.

Co-determination is negotiable for SEs

When establishing an SE, Section 21 of the German SE Participation Act (SEBG) applies, according to which the company management and the special negotiating body representing employee interests must agree on and formulate the co-determination regulations and document these in a participation agreement. In principle, the contents can be widely freely negotiated. However, Section 21 para. 6 SEBG stipulates an exception for the formation of the SE by way of a change of the legal form. In this case, at least the same level of employee co-determination must be ensured that existed at the company prior to the conversion (“before and after” principle). If the parties fail to reach an agreement, the standard statutory rules pursuant to Sections 22 et seq. SEBG apply. In this way the parties can, among other things, simplify the election procedure in line with their negotiating autonomy in order to save work effort and costs.

With its current ruling, the European Court of Justice has now set limits on companies’ leeway and created more clarity regarding the extent of the scope of protection provided by the “before and after” principle: The employee participation components which must be retained to the same extent as prior to the conversion also include the separate election for the trade union representatives. Accordingly, any provisions deviating from this must not be included in a participation agreement for an SE subject to parity co-determination.

In the specific case at hand, the IG Metall and Verdi trade unions had filed a lawsuit against the software company SAP before the German Federal Labor Court (BAG): Within the framework of the change of legal form into an SE, the company had stipulated in its participation agreement that, in deviation from Section 16 para. 2 sentence 1 MitbestG, the trade union candidates for the employee representative elections would no longer be determined in separate elections. The trade unions argued that this no longer ensured that their representatives would be elected. The rules were intended to come into force as soon as the Supervisory Board was reduced from 18 to 12 members. However, according to the company, a reduction in size was not planned and the two trade unions were not represented on SAP’s Supervisory Board.

The BAG referred the case to the ECJ. The Luxembourg judges have now issued a clear ruling: Pursuant to Article 4 para. 4 of the SE Directive, which regulates the “before and after” principle on a European level, the participation agreement must also allow a separate election for trade union members if an SE is established by way of a change of legal form, provided that this is stated by national law (and the election procedure is a provision of the participation agreement). All employee participation components must be guaranteed at least to the same extent as existing in the company being converted into an SE. This also applies in particular to the election procedure as a characteristic component of co-determination. At the same time, the ECJ has clarified that the right to propose a share of the candidates is not reserved for German trade unions alone but applies to all trade unions represented at the company. However, in the absence of statutory regulations, it is unclear what consequences the (now expected) BAG ruling will have on the illegality of the provision of the participation agreement. It remains to be seen whether the statutory catch-all rules pursuant to Sections 22 et seq. SEBG apply or whether the participation agreement will have to be amended.

The current ruling only has practical consequences for SEs which were established in the course of changing the legal form and are subject to parity co-determination. These companies have to examine whether and to what extent their participation agreement contains provisions which contradict the ECJ’s requirements. On all other SEs, the ruling has no direct impact. For companies which intent to avoid trade union involvement as far as possible, the decision clearly shows that this will only be possible in future if the conversion takes place at a time when the threshold for the MitbestG, which privileges trade union representatives, has not yet been exceeded.

Plans of the German Federal Government

Companies also need to monitor the plans of the German legislator: As already reported, the German Federal Government intends, according to its coalition agreement, to further develop corporate co-determination. In future, it shall no longer be possible to “escape” from German co-determination or to “freeze” an existing level of co-determination by establishing an SE.
However, SE law is of European origin and is based entirely on the SE Directive and the SE Regulation. Expanding co-determination law on the European legal level would require a corresponding consensus among the Member States, which is considered unlikely from the current perspective, as the German the co-determination is already highly extensive by European standards.
A solo effort by the German federal Government on a national legal level by amending the SEBG without prior adaption of the underlying European legal acts and towards an extension of German co-determination also to foreign SEs would be problematic, in particular with regard to the principle of freedom of establishment in the EU.
However, the German government could implement its intentions far more easily by amending the DrittelbG with its majority vote and aligning it with the more far-reaching attribution rules of the MitbestG. This would mean that “de facto” control of a company (e.g. via a majority shareholding) would be sufficient for an attribution of its employees to the controlling company. At present, the DrittelbG only applies if a controlling agreement exists between companies or if a subsidiary stock company is merged into a parent stock company pursuant to Sections 319 et seq. of the German Stock Corporation Act (AktG), namely if all shares of the subsidiary are held by the parent company. Such a change of the law would have far-reaching consequences since it would mean that a vast number of companies would exceed the threshold of usually more than 500 employees for the first time and would become subject to co-determination as a consequence. In this context, it should also be considered that the individual coalition parties of the Federal Government have mentioned further measures in their respective election programs (such as lowering the threshold for the applicability of parity co-determination from more than 2,000 to more than 1,000 employees), which could possibly also be implemented with an amendment to the law.

The ECJ ruling clarifies the “before and after” principle: If companies being subject to the MitbestG establish an SE, they must ensure that all employee participation components, including separate elections for the trade union representatives, remain in place to the same extent as before the conversion.
Existing SEs must examine whether their participation agreement fulfills the requirements of the ruling if they were already subject to the MitbestG prior to their conversion. In particular, they need to analyze whether their agreement conflicts with the principle of a separate election for trade union candidates. If this is the case, they first need to assess the resulting risks, determine the specific options for action taking these into account (such as amending the participation agreement) and weigh these against each other.
In view of the legislator’s intended amendments, companies should also take action if they are considering whether to convert their existing legal form into an SE in order to preserve the current co-determination status. Companies only being subject to the DrittelbG and not the MitbestG currently still benefit from the less stringent requirements compared to the MitbestG. Companies that are currently exempt from co-determination since they have not yet exceeded the application threshold of the DrittelbG should examine whether they are at risk of exceeding the application threshold if the attribution criteria of the DrittelbG are brought into line with the MitbestG and, if necessary, take action at an early stage.

Co-determination in the SE: Case law of the ECJ and planned legislation amendments.